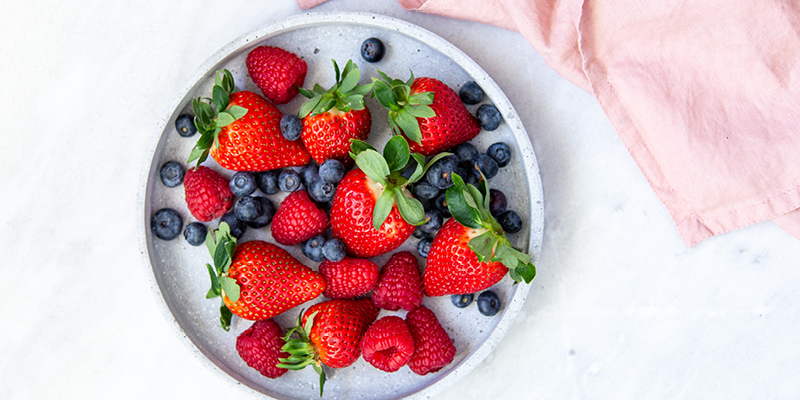 Right now is the time to get your hands on some berries—the sweet and nutritious treat of summer. Flavor-packed powerhouses, berries of the smaller stature (think strawberries, not eggplant), are the perfect size for cooking, baking, and snacking. Here, we'll give you the rundown of the season's best berries: where and when you'll find them, plus good uses and fun facts.

Whether you choose to incorporate blueberries in a pie, a breakfast bread, or simply eat them straight from the bush, these small, sweet, and sour delights are the perfect addition to any summer snack or meal.

When they're in season: Peak blueberry season runs from June to August. While they’re available year-round, you'll find that they have a punch of sweetness when in season.

How to use them: Blend blueberries into smoothies, use them to top your oatmeal, or add them to anything that could use a touch of tang.

Did you know? One blueberry bush can produce 6,000 berries each year.

Pump up the volume—strawberries get the season started right! The first fruit to ripen in the spring, pack strawberries into a cool and refreshing, welcome-summer dish.

Where they come from: The vast majority of strawberries produced in the United States—about 90%—are grown in California. About 8% are grown in New York, with the other 2% coming from Pennsylvania, Oregon, Washington, and New York.

When they're in season: Strawberry harvest season generally spans from mid-March to early June.

How to use them: Good as a snack on their own, strawberries can also lend their flavor to a myriad of recipes, including these strawberry oatmeal bars.

Did you know? Strawberries are actually a member of the rose family. 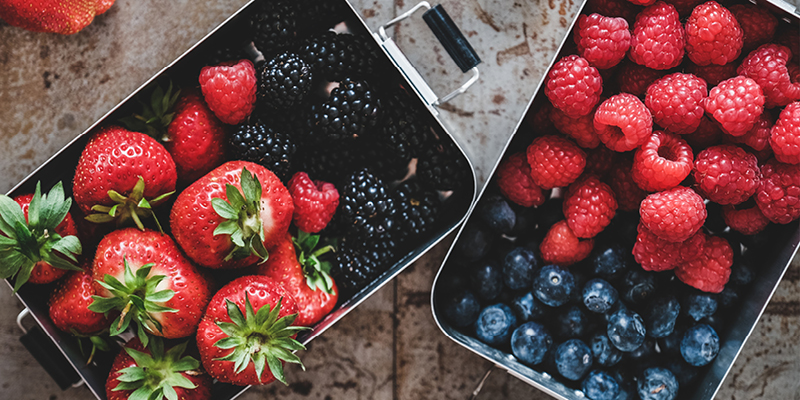 Tangy, tart, and loaded with fiber, raspberries are a favorite for sweets lovers and health nuts alike. Pro tip: only rinse the raspberries you're going to eat immediately, as rinsing the entire container and letting them sit can cause them to mold quickly.

Where they come from: Most raspberries grow on the West Coast, in Oregon, Washington, and California.

When they're in season: In most areas, raspberries are in season from July to September.

How to use them: Creating a simple crumble can be the perfect way to enjoy raspberries in the warm months. Top with a scoop of ice cream to take your dessert to the next level.

Did you know? The tiny hairs on raspberries are called "styles."

These tart-and-sweet treats can be used in the same way as blueberries—they're an ideal base for syrups, and they're delicious in baked goods. It's totally fine to munch on a handful of fresh huckleberries, but many people prefer these zingers blended with something sugary.

Where they come from: The largest producers of huckleberries in the United States are Montana, Washington, Idaho, and Oregon.

When they're in season: Huckleberry season runs from June to August.

How to use them: Forget cinnamon rolls—give these huckleberry sweet rolls a try next time you're hosting brunch and watch the rave reviews roll in from your guests.

Did you know? Huckleberries were first known as hurtleberries. The name evolved into its modern form in the 1600s.

These juicy fruits have a subtle tang that makes them great for drinks and desserts. Reminiscent of blackberries, raspberries, dewberries, and loganberries, the unique flavor of boysenberries can seem familiar, yet totally unexpected.

Where they come from: Boysenberries grow on the West Coast, mostly in California and Oregon.

When they're in season: Boysenberry season starts in July and ends in August.

How to use them: Substitute boysenberries for any berry in dessert or drink recipes, or highlight their flavor in a boysenberry summer bread.

Did you know? Boysenberries were invented by Robert Boysen in California during the Great Depression.