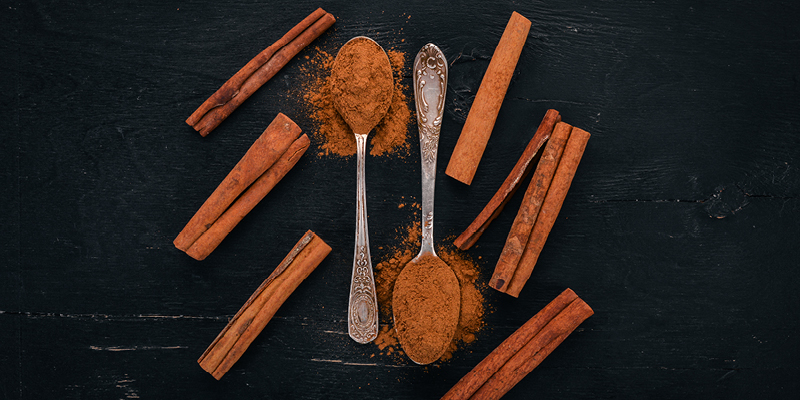 From its delicious taste that lends warmth to baked goods to its welcoming aroma that instantly transforms your home into a cozy haven, cinnamon is a perennial fall favorite for good reason.

When sunny days turn crisp and colorful, there's no better time to use cinnamon in your home. But this versatile spice has more uses than stirring a cup of steaming cider or burning a scented candle, lovely as those may be.

1. Use It in Your Houseplants

Cinnamon is as beneficial to plants and plant growth as it is to the human body. Among other things, it’s an amazing fungicide, meaning it helps prevent fungus from growing in all kinds of soil.

To keep mold, mildew, or fungus from growing in the soil of your houseplants, simply dust some cinnamon on it. The cinnamon will destroy the fungus and, as an added bonus, will get rid of the gnats that feed off of that fungus and mold. Similarly, you can dust it all over those wild mushrooms growing in your backyard to tamper their growth.

Making your own cinnamon-scented room freshener spray is easy. In a clean spray bottle, mix vodka and cinnamon essential oil.

Use about ten drops of oil to every cup of vodka. Combine well and mist whenever you're craving that autumn aroma.

Ground cinnamon has antioxidant and anti-inflammatory properties that can offer relief from skin blemishes and bug bites. Make a paste with one teaspoon of cinnamon to two tablespoons of honey and blend well.

Spread the mixture on irritated skin and let sit for about 10 minutes before washing off to help reduce swelling and inflammation. You can even sprinkle cinnamon in face masks to add an extra healing boost.

The next time you do laundry, skip the fabric softener sheets. Instead, add a few drops of cinnamon essential oil to wool dryer balls, toss them in the dryer with your wet laundry load, and enjoy naturally fragranced clothes.

You can even make your own cinnamon-scented detergent. Combine:

Use about ¼ cup of the mixture for a regular-size load of laundry.

Cinnamon has long been a popular ingredient in baking...cinnamon rolls and pumpkin pie, anyone? But many cuisines around the world also use the spice in savory dishes.

Cinnamon tastes especially good in fall-friendly fares, like stews and roasted meats. The next time you fire up the slow cooker to make a batch of chili or pulled pork, add a cinnamon stick. You'll enjoy the hint of warm flavor, without being overwhelmed.

Throw a cinnamon stick into the mix when you make rice, along with a pinch of curry powder, cumin, or coriander (or all three). Cook as usual, then garnish with cilantro and sliced almonds for an easy side dish.

Many things make fall a great time of year—especially the foods that are ripe with flavors of the season. Check out our article, “What Seasonal Foods Should You Be Eating Right Now?” to discover the fruits and veggies that should be at the top of your grocery list.