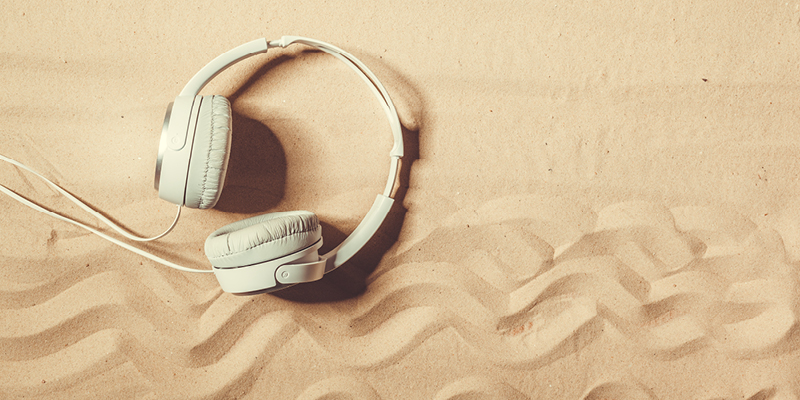 Summer is a time for fun, relaxation, and celebration, and nothing sets the mood better than the perfect playlist. Whether you’re at the beach, hosting a backyard barbecue, or just lounging around the house, your music of choice will make or break the vibe. A steady bass beat gets the party jumping, while harmonious vocals are ideal for a dreamy afternoon. A mix of bright up-tempo, easy piano, and light and airy sounds, here are five recommendations to include on your soundtrack for the season.

A band synonymous with summertime, The Beach Boys’ double compilation album Endless Summer features their greatest hits centered around this sunny season, amplified by their signature light, upbeat sound. From “Surfin’ USA” to “Good Vibrations” and everything in between, this album emphasizes the stuff that makes summer memorable, and the group’s old-school harmonies offer a nostalgic feeling, even if it’s your first time listening.

Fun Fact: This album climbed to the very top of the U.S. charts in 1974 and bounced around the list of the country’s most popular music for the following three years.

Best Played: On a road trip, lounging at the beach, or heading to swim practice.

Where the Light Is

Bolstered by its top-20 hit “Sunday Best,” Surface’s 2019 album Where the Light Is moves through laid-back rhythms and positive vibes that bring coolness and comfort to summer’s hottest days. Duo Forrest Frank and Colin Padalecki weave jazz, pop, and a bit of reggae with cheery lyrics and vocals together to create a record that’s almost entirely happy and sure to boost your mood.

Fun Fact: The duo followed up “Sunday Best” with “Learn to Fly,” a collaboration with legendary artist Elton John. The hit was recorded over Zoom in 2020 due to the COVID-19 pandemic.

Best Played: Getting ready for a pool day, on vacation, or on a bike ride.

Songs in the Key of Life

Stevie Wonder’s highest-selling album features a variety of songs that can set any scene in the coming months. From the more thought-provoking “Pastime Paradise” to the energetic hit “Sir Duke,” Wonder’s smoky falsetto and instrumental skills guide Songs in the Key of Life through seventeen tracks that should be able to spice up your summer.

Fun Fact: Songs in the Key of Life won Album of the Year at the 19th Annual Grammy Awards. It’s certified Diamond by the Recording Industry Association of America for selling more than 10 million copies.

Best Played: Watching the sunset, during a barbecue, or relaxing at home.

With four albums released between 2010 and 2020, Tame Impala’s debut Innerspeaker established psychedelic summer sounds that would be consistent for the act throughout the decade. With 11 tracks in its 53-minute runtime, this alternative/indie album blends vocals and instrumentals inspired by the groundbreaking rock music of the sixties with lo-fi sound effects to create hypnotizing songs. Put your headphones on or grab your favorite speaker, and watch time fly as the album’s mellow music takes you away.

Fun Fact: While Tame Impala’s name and sound seem like a band, the music is the product of one-man, multi-instrumentalist Kevin Parker, who views Tame Impala as more of a musical project instead of a fully formed act.

Best Played: On a hike, relaxing in a hammock, or on a camping trip.

If you love daydreaming on a nice summer day, Mariah Carey’s second studio album is the perfect companion. A self-described alto, Cary’s big and breezy voice is accompanied by the heavier thuds of hip hop, making it a completely enjoyable listen. The R&B/pop album is led by the single “Fantasy,” and has been included in summer playlists ever since.

Fun Fact: The album’s second single, “One Sweet Day,” topped the Billboard Hot 100 for 16 weeks, a record that was held for 23 years.

Best Played: Cleaning the house, getting ready for a summer bash, or while enjoying an iced coffee.

The Perfect Pair: Good Music and a Good Book

Music offers a fun mental getaway, and a great book can do the same. Check out our article, “Escape With These 5 Books On Your Summer Reading List,” for suggestions to explore. With fabulous tunes and an exciting page-turner, you’ll have something to enjoy all summer long.